Get back to living

We can help you get there! 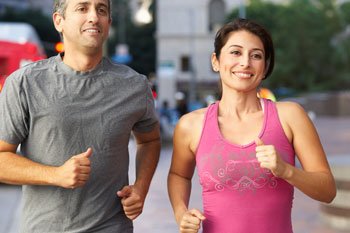 My name is Thomas Hunt and I am the physical therapist here at Aspire Rehab Center, Inc. I will be writing a blog post once a month to address different orthopedic conditions which affect the people of Topeka and surrounding area.

This week I want to focus on a very simple subject: movement. I will be honest, I am hiding the word “exercise” behind the word movement. Exercise is a word everyone knows all too well. We all know we should exercise. Countless research studies and medical professions have touted the benefits of exercises. Shoot, if exercise was a pill, it would be the #1 prescribed drug >>> The “morning vitamin” everyone should take! We however do not live in such a fantasy and some find exercise to be boring, difficult, and not fun. Therein lies the problem. Exercise is fun (or at least it should be has to be). If it is not, you are doing it wrong! Exercise has to be fun, otherwise why do it? (apart from the millions of beneficial reasons for your health). If your thing is swimming? Swim. If you like jogging or walking? Walk on. If you like Jazzercise (something which I know little about but an increasingly large number of my patients are doing) then get out those Jazz hands and Jazz on (I did that wrong didn’t I?). While I would love for everyone who walks into the clinic to honestly tell me they are exercising 3-5 times per week for 20-30 minutes, I can find satisfaction in someone who tells me they are actively trying.

Want another? This one is more interesting. Alfara-Acha et al.2 studied over 2,000 elderly Mexican Americans over a 7 years period. They found those with decreased hand grip strength over the 7 years also had decreased performance on cognitive tests while those who maintain a strong grip strength also maintain higher cognitive scores. (Better start working on those hand exercises)

What about the Younger Populations. Not as much research in this department but there have been recent studies of reliability. Hogan et al.3 went basic <<very basic>>. They wanted to know if one session of exercise could improve someone’s working memory. They tested 144 adults between the ages of 19 and 93 and had them in one of two groups: those who rode an exercise bike for 15 minutes and those who did not. They performed a generalized working memory test before and after the 15 minutes. I think you have caught on by now. Those in the exercise group performed better post exercise than those in the control group. BUT WAIT LETS HAVE AT ANOTHER (last one, promise). This is probably my favorite. Zhu et al.4 investigated whether better cardiorespiratory fitness is associated with better cognitive function 25 years later. They had 2,747 young adults perform a treadmill test at the start of the study, year 20, and a cognitive test at year 25. Long story short – better verbal memory and faster psychomotor speeds at year 25 were associated with better cardiorespiratory fitness when the subjects were first tested.

So why does improved strength and better aerobic fitness matter for cognitive activates? For the answer I turn to a brilliant book, The 10 Brain Rules, by John Medina. <<I highly recommend reading this book>> As he points out, we as a species evolved for millions of years constantly moving. If we did not move we either died of starvation or were eaten! Our ancestors are theorized to have moved up to 10-12 miles per day. Thus our brains evolved to work best with massive amounts of movement. Exercise improves the efficiency of our heart and blood vessel network. Since your brain is the main source of energy consumption, anytime we can improve the network providing the brain with nutrition, the more cognitive output. For more on this subject ask me the next time you are into the clinic. For now though remember, More Movement = More Mind = More Life lived to the fullest. 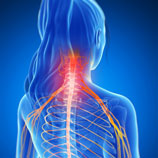 We have treated many patients suffering with neck pain. Whether you're suffering from bulging....MORE 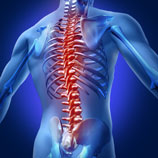 More than 30 million Americans like you suffer from back pain every day. The pain likely affects....MORE 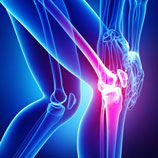 Millions of Americans suffer from Knee Pain due to osteoarthritis everyday. The pain likely....MORE